Maurizio Agamennone A performer of organetto

Maurizio Agamennone A performer of organetto

Alessandro D'Alessandro was born in Coreno Ausonio, a small town in the area of Monti Aurunci, southern Lazio. He grew up playing the organetto, italian diatonic button accordion, in which the direction of the bellows, when opening and closing, generates two distinct sounds; this works differently than the larger chromatic accordion with the keys or the buttons.

Still today, the local repertoire of the organetto descends from a rural world, almost forgotten; Alessandro has played it for years following the customs of the village. Although always connected to this instrument, a curious and restless sensitivity has gradually grown over time. While adolescent, Alessandro has begun to explore musical practices far from the local traditions in which he was trained, beginning to "remake" on his organetto what he had listened on the radio or on records.

At the age of thirteen, when he was invited to play in an orchestra of organetti, he realized that with that instrument it was possible to perform different parts together, to play pre-existing pieces in new forms, and to compete with other performers and even composers.

That group of teenager players would become later the Orchestra Bottoni, composed by organetti of different registers, voice and rhythms; he had the opportunity to work with other musicians of various backgrounds and nationalities.

Once he become a fully conscious performer, his collaborations expanded with the work in studio. The wish to become a full performer led him to adopt a chromatic instrument, rather distant from the instrument used in his childhood; in this way he was able to experiment and put into practice relevant creative skills, together with other improvising musicians.

Again, confirming his pioneering sensibility, Alessandro D'Alessandro has associated to his organetto - no longer diatonic - a "light electronics". He called this new arrangement "prepared organetto", recalling practices applied above all to the piano in the composer practice of the twentieth century.

The electronic arrangement, built through digital processes, allows extreme versatility and freedom, and give the performer the position to practice any kind of music, with anyone.

Here, Alessandro D'Alessandro deals with a corpus of famous songs, and plays them in his own way. Actually, often it happens that creative musicians, when they believe they are able to proceed with important innovations in their own musical activity and in the scenario to which they belong, decide to utilize a previous and widespread repertoire; this perhaps in order to build their own creative operations on secure fundaments. This is what many jazz musicians still do, with great pleasure, and without necessarily believing to change things.

But this is not the case of organetto players. To play author’s songs – more or less famous, the authors and the songs – is still a pioneering practice, since the organetto – diatonic or not – does not yet have its own consolidated literature, apart from some few and timid cases. To include certain songs into the organetto repertoire is a pioneering work; the songs become a hunting ground, with surprising results. Ballroom manners, echoes of a remote world of accordions, speakers, distant dances and afternoons of solitude can emerge locally (Azzurro), but they are filtered by a mature conscience: they are oneiric surfacing fueled by a selective sensibility.

This perception and invention of the musician happens when he takes a text (a pre-existing, known and loved song) and manipulates it profoundly, according to what he has in his fingers (dactylic memories), in his head (already experimented models and shapes, writing and invention) and in the heart (aesthetic requests, favorite songs and authors, ambitions "en artiste", restlessness for affirmation).

This projection appears even more sensitive in the instrumental re-writing of the selected songs,

in which images, emotions, stories and symbols conveyed by the original verses are arranged in a process of multiform recoveries: listening to a "playing song" by Alessandro, allows to recall some own individual memories, faced with a new story which feeds other emotional and unpredictable reactions.

This perception emerges even more in the initial exposition of the song (for organetto solo), where Alessandro D'Alessandro clings to the motif of the song to facilitate its recognition, and triggers a sort of contact of safety for the listener, to follow with his proposal of re-invention.

In the interpretation of the song I giardini di marzo (one of the most famous song of Italian pop music, written by Battisti & Mogol), author’s verses remain anchored to the memory of the listener. The sensation of a small stream of consciousness that that poetic text feeds, with its modest sadness daily loneliness and frustrated ambitions, is certainly supported by original music, and is amplified by the musical operation done by Alessandro D'Alessandro; this happens in the slow, almost free-rhythm ductus, with a fragmentary and fringed form that excellently represents the unrelated sensations present in the verses; and in thus he adds sense to the original, without adding a single word.

The reference to the rurality of James Senese (Campagna), could not be missed for a musician deeply tied to a sentimental world of country and countryside.

He also provides a happy opportunity for the creative challenge with noble experiences of recent Italian musical culture, jazz rock and prog. And what tell about the D’Alessandro’s interpretation of one of Italian songwriter Enzo Jannacci's most beautiful songs, Mario? The frayed conduct and the sorrowful sounds of the accordion amplify the epic breadth of the narration: the story of poor bastards, including the unresolved echo in the finale, and the fading instrumental coda... eventually what do you want, what more do we want, from a organetto player?

Geoff Westley A rare artist that ploughs his own furrow

Geoff Westley A rare artist that ploughs his own furrow

Alessandro D’Alessandro is a rare artist that ploughs his own furrow.
Creative in his thinking and conception of his music. Not only a very accomplished accordeon player, but in this album he goes so much further, becoming a complete “One-Man-Band”, everything created live by only him, alone on stage ...... a full rhythm section and accompaniment equal to a band of 5!
There is huge variety in this album, and a wonderful selection of guest artists that very much suit the musical world that Alessandro has created, most of whom I did not previously know, but who I will now go and follow with enthusiasm.

True creativity and inventiveness is sadly becoming rarer in these days of computer-generated music, but there is plenty of both here.
So Alessandro d’Alessandro is an artist that we should all promote and treasure, for his individuality, his invention, and above all ...... for his wonderful musicality.

One of the most evident qualities of Alessandro D'Alessandro is that it is difficult to forget his surname if you know his name, and the same thing happens to the other way. This gift is not negligible, and I think it is a key for understanding his character.

He immediately gives the idea of ​​a practical type, who arrives when he leaves and who leaves when he arrives. This onomastic charade also suggests his double opening; symmetry and multi-functionality. These virtues are extended to the instrument he uses: a kind of wooden box which curiously can be opened in the middle thanks to a sort of bellows, and which has, coincidentally, two similar ends on the right and left; by shaking them, or rather, by distancing and bringing them together, the sounds emerge. Therefore they would be the apostrophized "D" between the two names, at this point.

The compactness of this instrument seems to suggest to the compact D'Alessandro the idea of ​​a magic box: everything that can be played is contained in this sort of cube. A magic cube, that when it is opened and closed, even multiplies the sounds, thanks to mysterious prostheses and electric alembics. They multiply the voices at least tenfold, until the melodic lines and the counterpoints that arise all together from the magical object, surround, wrap and tighten the player himself, who is covered by them like a cloak of ivy, ‘vincastri’, and wicker. In several cases, the public had to extract forcefully D'Alessandro himself from this tangle of notes, which threatened to strangle him.

But Alessandro is a courageous musician, and each time he returns, with ever greater skill and stubbornness, to investigate the variations of the open and close of these two valves that contain a breath; it is something that enchants him, evidently.

And it enchants many others, of course. The audience is amazed to measure the quantity of timbrical variations that such apparently basic instrument reveals, and the remarkable excursions between absolutely theatrical atmospheres and folkloric signals. They make us fly over farmyards where the rustic instrument taught the tricks of dance to male and female dancers barefoot, or in clogs.

Alessandro D'Alessandro, like his instrument, does not have a precise age: those who have known him for a longtime swear that he has remained the same over the years. And we are talking about people who have known him since 1820. Therefore, it is probable that we are dealing with a mythical figure, in whom we must learn to trust; but at the same time, as we do with the myth, we must learn to distrust.

As far as I am concerned, I try to keep him quiet, and when he asked me to make a song to sing on his nimble fingers, I immediately said yes; I hope it can be the same level of the beautiful songs by Serrat, Paoli, Battisti contained on the disc, and the other more or less known music on which the imagination of our almost palindrome is exercised, considering the bouquet of author songs of respectable profile here presented.

So thanks to Alessandro D'Alessandro and to his magic box, mysterious music box, which contains in its wooden walls the little magic of the literary and musical scents of songwriting.

I won't tell you about the CD. Others more qualified than me have done it and will do it. I am here to underline the emotion of when I played with Alessandro, in Sanremo, when I received the Premio Tenco. I had already heard about him, but that evening I listened to the magic of his "improbable" organetto live. We understood each other immediately and improvised on an equally “improbable” theme by the Italian singer Battisti. I was never going to stop, and happily thought about the idea of ​​an entire concert performed only by ourselves. That night, in the hotel, still excited, I thought that we had made jazz music in a sincere way, but using an "anomalous" instruments.

I am fascinated by Alessandro's way of playing. He is free from useless virtuosity, and is focused on the search for sound and the "magic" of his bellows. I think in the same way, and because of that, I feel this extraordinary musician very close to me. 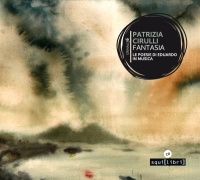 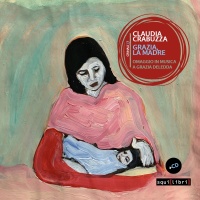 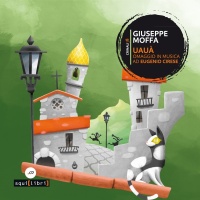